Presidential Oddities: “Natural born Citizen” what does it mean exactly? 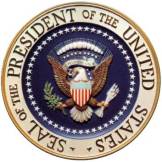 Over the years the first two have never been an issue. The last condition of being a “natural born Citizen” has several times been contentious.

It’s all in how the clause in the Constitution is interpreted. Some think it means born within the borders of the United States. The Constitution did not define “natural born Citizen”, and the Supreme Court has never ruled on its meaning. The vagueness has been used for political purposes by many opponents of the candidates.

Taken literally it would mean no one born outside the borders of the United States could be president. Scholars of the Constitution do not believe this to be the true intent. Most believe natural born extends to anyone born to U.S. citizens no matter where the birth occurred. To clarify the clause once and for all recommendations have been made to amend the Constitution.

In the race to the 2016 Presidential Election another example has arisen. Senator Ted Cruz of Texas who recently announced his candidacy was born in Calgary, Alberta, Canada. He was born to an American mother and a Cuban father. Under U.S. law he automatically became an American citizen at birth because one of his parents was a citizen. Is this considered natural born? Therein is the ambiguity of the Constitutional clause. Without an amendment or a Supreme Court ruling the parameters of the clause remain uncertain.

Here are some examples of history,

Former Governor Arnold Schwarzenegger of California was born in Austria to Austrian parents. Because neither parent was an American citizen he was not an American citizen at birth. He attained citizenship by naturalization after he immigrated. It is clear he would not be eligible to be president unless the Constitution was amended to enable it.

Senator John McCain of Arizona was born in the Panama Canal Zone. Both his parents were American citizens and also he was born on an American military base. Some questioned his qualifications when he ran in 2008, but in the end most agreed he met the natural born criteria. In fact in April 2008 the Senate passed a resolution declaring that McCain was a natural born citizen under the Constitution. This may have reassured many, but it had no real legal significance.
McCain Ineligible to be President?

Back in 1964 the natural born issue was raised against Republican Senator Barry Goldwater. He was born in Arizona prior to statehood. Arizona at the time was only a territory. Therefore was he natural born? Once again this was never resolved. Had he become president it may have been challenged in the courts.

Once again in 1968 legal actions threatened candidate George Romney, former Governor of Michigan, who was born in Mexico. Although he was born to parents who were both American citizens many arguments against his eligibility were made. His candidacy was unsuccessful and again no court ruling resulted.

During the 2008 and 2012 Presidential Elections so-called “birthers” challenged Barack Obama’s natural born credentials. In his case he was born in Hawaii to an American mother and a Kenyan born father. They even argued that he wasn’t born in Hawaii an American state since 1960, but actually in Kenya. The State of Hawaii produced a copy of his birth certificate.

President Chester Arthur ascended to the Presidency on the assassination of President James Garfield in 1881. His opponents dogged him with the issue of not being a natural born citizen.

He was born October 5, 1829 in Fairfield, Vermont according the family bible held by the U.S. National Archives, but no birth certificate exists. His father was Irish born and emigrated to Lower Canada, present day Quebec in 1818. Arthur’s mother was born in Vermont. They were married in Lower Canada in 1821. They moved to Fairfield in 1828 where Chester was born. The family’s many moves led to accusations Chester Arthur was not a natural born citizen of the United States. Once again these claims were never ruled on or proven.
Illegal President? Chester Alan Arthur.

To clarify and rid American politics of these arguments Sarah Helene Duggin from the Catholic University of America, who is an acknowledged expert on this topic believes the Constitution should be amended. The issue is not going away and is likely to arise again in the future.

What if someone is elected or becomes President and someone files in court to have them removed from office because of the natural born clause. If this filing is ruled legitimate and proceeds then what happens until the ruling is made? Does the person still continue be president or are they removed until a ruling is made? What if the ruling goes against the sitting president? As you can see confusion and potential gridlock may result. This is the reason most Constitutional scholars such as Ms Duggin believe the solution is an amendment.

This entry was posted on Friday, April 3rd, 2015 at 10:11 am and is filed under calgary, constitution, current events, history, McCain, presidency, presidential election, presidents, united states, usa. You can follow any responses to this entry through the RSS 2.0 feed. You can skip to the end and leave a response. Pinging is currently not allowed.