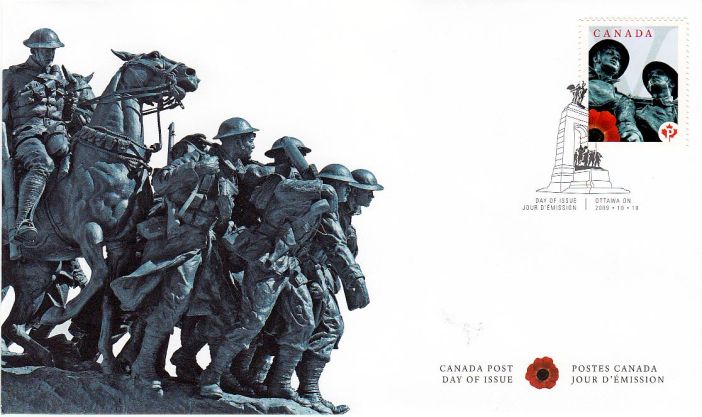 “In Flanders Fields the poppies blow
Between the crosses, row on row,
That mark our place; and in the sky
The larks, still bravely singing, fly
Scarce heard amid the guns below.”

When Canadian John McCrae wrote these lines over 100 years ago he wasn’t doing it to glorify war or battles, but to remember the sacrifice of his comrades who had been killed in the service of their country. These men who now lay dead and buried in Flanders Fields of Belgium. He himself would not survive the war.

I’ve actually heard people saying that poppies and Remembrance Day itself on November 11th are meant to glorify war. There couldn’t be anything farther from the truth. Over the years I’ve had the opportunity to speak with many veterans including my grandfather and my father. Not one of them has ever glorified war, but they’ve always spoken highly of their fellow veterans and especially of those who served with them.

Remembrance is critical. If we don’t remember those who served and sacrificed in some way, many with their lives, we as a society will make the same mistakes. We remember war not to glorify it, but to remember its horrors so that we make peace wherever possible, and only enter war as a last resort. Unfortunately sometimes it takes our military to fight for and defend our freedoms and values. Evil is alive in the world

We owe a debt of gratitude that can never be repaid to all those who stepped up to defend freedom and especially those who lie still in Flanders Fields where the poppies grow.

Bless them and remember them always.