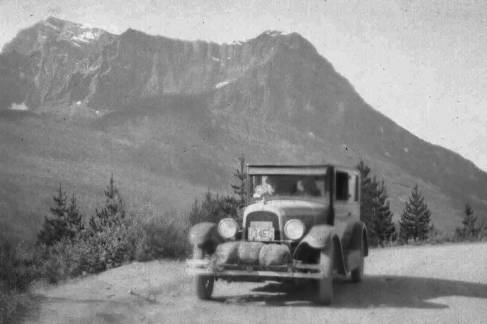 No problem with speeding in these days.

Speeding at extreme speeds, more than 30 km/h over the limit, has become a serious problem in the Province of Alberta. These individuals not only put their own lives at risk, but those of others. A couple of examples will serve to illustrate this stupidity.

In the first example police stopped a black Mercedes SUV (sport utility vehicle) for speeding. Nothing unusual about that you say. Well in this case they ticketed the individual for driving more than 50 km/h (30 mph) over the posted speed limit. They clocked the SUV at 152 km/h (94 mph) in a 100 km/h (60 mph) zone.

The road in question is paved, but runs through a farming area with lots of intersections. At the time of the infraction police cited poor weather conditions, heavy fog and light rain with snow on the road.

Taking all this into account it seems to me this driver was being extremely foolish. Being foolish with their own life would be bad enough, but in this case even more so. Riding in the vehicle at the time was a father, his wife, with three children of theirs, and another child. The children were between the ages of four and 11. The driver was the father.

Next we have a man ticketed for driving his car at 180 km/h (112 mph) in a 100 km/h (60 mph) zone. Again it was on a paved secondary highway, but with lots of intersections and hills. In this case no one else was in the vehicle except the male driver. His excuse? He had just washed his car and was drying it off. Needless to say police weren’t sympathic. For this he received a $800 fine and a 45-day driving suspension.

What will it take to pound some sense into the brains of these drivers? Right now the penalty for driving more than 50 km/h (30 mph) over the posted limit is a heavy fine, driving suspension and demerit points. The ticketed drivers also must appear in court before a judge. They are not allowed to plead and mail the fine in as with an ordinary speeding ticket. Hopefully, it won’t take a horrific accident with multiple innocent lives loss before action is taken.

Blow the stink off.

When I was a kid my Dad would always be telling us to, “Go outside and blow the stink off”.

Every family has it sayings I guess. That was one of my father’s favorites. I tried for years to find out what the hell it meant, and second where in God’s name he ever came up with it.

He’d always say it to us kids. I think he’d use it whenever he got tired of us being in the house. It didn’t matter that there was a monsoon rain or the blizzard of the century happening outside, Dad’d direct that at us and then he’d get up and walk away. He never said it to our Mom, or anyone else only us kids.

As kids we actually got the part about going outside, but the “blow the stink off” part? Well I knew I didn’t smell because I showered that morning. I also knew I hadn’t farted, at least most of the time that wasn’t my transgression. Hell if it was the farts he did more of that than we did. Why didn’t he go outside and blow the stink off?

Now after many years I find myself using on my kids. I still don’t know what it means. I did find out where he picked it up. Turns out his father used it on him and his four brothers. Guess what? None of them ever knew exactly what it meant either.

The best interpretation I’ve ever have been able to come up with is this. Go outside meant to leave the house and go play outside where you wouldn’t be bothering him.

My interpretation of the “blow the stink off” is to get some fresh air. It’s a hell of a weird way to say it, but that’s the only way I can put a meaning to that phrase.

Where it came from originally I’m afraid is lost in the mists of time and family roots.