Presidential Primer #1 – Who can be POTUS?

With the Presidential election coming up in November 2008 and a myriad of candidates from both parties racing in an attempt to gain that high office it is time for a primer on the Presidency. A sort of everything you ever wanted to know and were afraid to ask series of postings. You might be surprised by some of the interesting facts related to the office of President.  So here is the first of several postings that I hope will be a review for most Americans and an enlightenment for others. 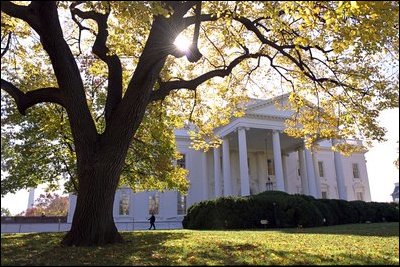 Who Can be President?

In the United States a common saying is “anybody can be president if they really want to”.  Sorry to say this is not true.  There is a certain governor in the State of California who would love to be President of the United States, but will never be able to, unless the Constitution is amended.

What does all this mean? Simply put you have to have been born in the United States. Naturalized citizens need not apply. Arnold I’m sorry but “Terminators” can’t apply. However, it does say that anyone who was a citizen at the time the Constitution was adopted on September 17, 1787 is eligible, but I don’t think anyone who fits that bill is still alive.

Next you must be at least 35 years of age. Finally you must have lived at least 14 years in the United States. It also means that anyone who could become President such as the Vice president or Speaker of the House must meet the same qualifications.

Oldest man to ever be President – Ronald Reagan, 69 years of age at his inauguration in 1981.

First Vice president to succeed to the Presidency on death of a President – John Tyler on the death of William Henry Harrison.  Yes Tyler was eligible based on the Constitutional criteria to be president.

Watch for the next installment where Presidential Powers will be discussed.

Airmail Speeds the Mail, snail mail that is!

Last night I was working on an exhibit that I have entered in an airmail philatelic exhibition coming up in October.  I thought I would try to explain the fascination with the collection of airmail material to non-collectors.

First of all a definition.  Simply put “Airmail” or “Air Mail” is mail that is carried to its destination by aircraft.  Obviously this is faster than by truck or train.  It was one of the great innovations of mail delivery which was made possible by the invention of the airplane.

Until recently airmail was a premium service of the post office and the user paid more for it.  Special airmail postage stamps were issued to indicated payment for this service. These stamps were only allowed to be used on airmail, not for other mail.  Later on that changed.

The first regular airmail flights in the U.S. began between New York City and Washington, D.C. in 1918. The planes were operated by Army pilots.  Later the government contracted the routes out to private contractors.  Some famous aviators who carried mail were Charles Lindbergh, Wiley Post and Amelia Earhart.

Early commercial airline routes were really paid for by the carriage of mail.  There were not enough passengers to pay for the airlines expenses.  Even today mail is a lucrative cargo for airlines.  Passengers do take precedence today though.  If weight is an issue the first thing off the plane is not passengers or their baggage, but mail bags.

Collectors have always been fascinated with mail and aviation.  So much so that specialist societies exist dedicated to the pursuit of airmail stamps and covers (envelopes).  One such society is the American Air Mail Society.  For the first time ever the American Philatelic Society (APS) is hosting an exhibition that is entirely airmail related.  It is called Aerophilately 2007 and has been given “World Series of Philately” status.  This means that it has national level judging and standards. The grand award winner is entitled to compete against the award winners of all the other WSP shows.  It is being held October 19-21, 2007 at the APS headquarters in Bellefonte, PA.  Coincidently, Bellefonte was one of the mail refueling stations along the first trans-continental airmail route in the United States.

My exhibit is entered in this exhibition and I am very proud to have mine displayed alongside some of the greatest airmail collections of our time.

Here are some facts about early airmail:

– messages were carried prior to airplanes by homing pigeons.

– first mail to be carried by an air vehicle was January 7, 1785 on a balloon flight from England to France.

– first official airmail delivery in the U.S. took place August 17, 1859 via balloon from Lafayette, Indiana to New York City. Weather forced him to land and the mail was carried by train to its final destination.

-first airmail flight in Canada was June 24, 1918 from Montreal to Toronto.

So remember when you mail that letter that today it flies to overseas destinations in hours.  Before air transport it went by train or ship and took days or weeks to arrive. Of course now it is possible to send an e-mail letter to someone anywhere in the world and it will arrive in seconds.  The only thing about an e-mail is that it doesn’t have a colorful airmail stamp on it that I can collect.

With the recent Interstate Highway bridge collapse in Minneapolis, Minnesota I remembered another tragic one that occurred here in Canada.

The Quebec Bridge across the St. Lawrence River at Quebec City and Levis, Quebec was constructed from 1904 to its opening on December 3, 1919.  During this time it suffered two tragic collapses with the first one being the worst.

Construction had started in 1904 without the final drawings having been checked and signed off by an engineer. After almost four years of construction engineers suddenly realized that actual weight of the bridge was far in excess of its carrying capacity. An emergency meeting was held and the senior engineer agreed and told the construction engineer not add anymore load.  However, the message did not get passed on to the crew at Quebec.  On the afternoon of August 29, 1907 near quitting time, the south arm and part of the central section collapsed into the St. Lawrence River in just 15 seconds.  The height of the collapse was from 150 feet above the river.  At the time 86 workers were on the bridge, 76 were killed and the rest were injured.  The Kahnawake reserve near Montreal suffered the most. Of the victims, 33 were Mohawk steelworkers from the reserve.

A Royal Commission of Inquiry was held and then construction begun on a second bridge. The new design was the same except the cantilever span was more massive in design.  On September 11, 1916 the central span was being raised into position.  It fell into the river killing 13 workers.  This collapse was not engineering related, but rather a construction accident.  Still the builders must have started to wonder if the bridge was jinxed.

Finally construction was completed in August 1919 at a cost of $25 million dollars and 89 bridgeworkers lives.

This disaster spurred the formation of the modern associations of engineers that today licence and administer the certification of professional engineers. The government was getting ready to do this on their own, but the engineers to their credit took the initiative.

Today the bridge is still the world’s longest cantilever bridge and is considered a major engineering feat. On January 24, 1996 the bridge was declared a National Historic Site of Canada.  Also a ceremony was recently held in the Kahnwake reserve to honor the 33 Mohawk casualties of the collapse.

It seems that Theodore Cooper, a renowned bridge builder from New York, who was overseeing the bridge construction made several errors in judgement.  When he reviewed the final drawings he saw that there was a critical design error. He rationalized and told himself – no problem. This avoided the embarassing prospect of having to start construction all over again.  After all his reputation was a stake. By the time this error manifested at the construction site it was too late.  Below is a picture of the bridge when steam locomotives were the primary users.

(My comments on an article by Colette Derworiz, published in Calgary Herald, Saturday, September 8, 2007)

The Alberta Justice Minister Ron Stevens was defending his jurisdiction’s record on law and order in the article.  Specifically here in Calgary, a rapidly growing city of one million persons, he is quite frankly full of bulls**t.

City police in their recent crackdown on gang activity in Calgary arrested 19 known gang members, all of whom have long criminal records.  I give full credit to the police force for their efforts.  However, the justice system in their so-called wisdom released 16 of the 19 back to the streets within hours to resume their criminal activity. Sure hope that they visit the neighborhood of the judge in this case.  Perhaps they can give him a first hand lesson in street crime. The justice system is so removed from the reality of street crime that I am sure they must be living on another planet far, far away.

Another example of this dreamland mentality:

Police have been working hard to make the downtown safer.  Part of this involves more foot and bike patrols.  A drug suspect was arrested in the last few days and again released back to the streets to carry on his career.  It has been confirmed that this person has 160+ prior convictions for drug activity!!!  I feel so much safer knowing that a judges has deemed that this individual won’t pose a threat to society and let him back on the streets. I don’t know about you but my children and yours are at risk here.  Hell we might as well make his activities legal.  It would sure save a lot of obviously wasted time on behalf of the police. It must be so frustrating for them.

I can just hear these criminals now.  “Hey Ed the cops are busting me, but not to worry I’ll see ya in a couple of hours, same place, I’ll bring the dope you bring the cash.”

So to the police I say keep up the good work.  To the justice system and the deluded judges in the system I say, “Get some balls and do your job!”