D-Day 67 years later – we must remember. 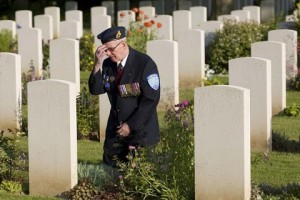 On this the 67th anniversary of D-Day we must remember the sacrifice the servicemen of the Allied Powers (Canada, Britain, the United States, France and Poland) made on the beaches of Normandy, France that fateful June day in 1944.

When you look at the photos of aged veterans commemorating that event, realize that on June 6, 1944 these were mere boys and young men who dashed from the landing craft across the beaches under murderous fire from the entrenched German positions. A terrible number of these young men died there on that beach in the battle against tyranny.

The Second World War had been raging for four long years to this point. The invasion of Normandy on June 6, 1944 resulted in the defeat of Nazi Germany and the end of the war in Europe less than one year later. It was the turning point of the war in Europe. If the invasion had failed the war would have dragged on for many more years.