Faisal Shahzad, a Pakistani born, naturalized U.S. citizen is the Times Square would-be bomber. Thank goodness he failed in the attempt. Experts on CNN last evening using the details of the explosives found in the Pathfinder SUV and the location the vehicle in Times Square, estimated that between 300 and 500 innocent persons would likely have been killed if the bomb material had detonated.

The FBI and NYPD did an excellent job of tracking him down and arresting him. The van was discovered and reported by pedestrians in Times Square. An excellent example of awareness by citizens at large. 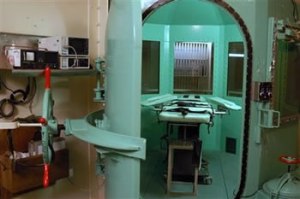 Apparently up to five individuals were involved in planning this terrorist act. Islamic extremists like this need to be captured and executed. If there is an Allah, surely he would find this unacceptable.

Faisal and others like him are evil, misguided, and cowardly. The execution chamber is waiting for them.

This entry was posted on Tuesday, May 4th, 2010 at 1:35 pm and is filed under crime, current events, homeland security, Islam, justice system, News & Current Events, terrorism, united states, usa. You can follow any responses to this entry through the RSS 2.0 feed. You can leave a response, or trackback from your own site.

5 Responses to Face of evil