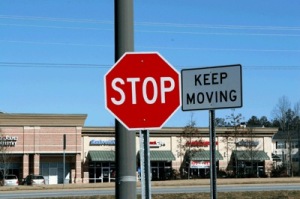 A figure of speech in which contradictory terms appear side by side.

Some of my favorite examples:

The following quote is one of the most famous usages of oxymorons of all time to writers. At the very least it’s an excellent illustration of how this device can be used in prose.

This entry was posted on Wednesday, June 17th, 2009 at 5:03 am and is filed under Writing. You can follow any responses to this entry through the RSS 2.0 feed. You can leave a response, or trackback from your own site.

3 Responses to “Oxymoron” for Writers