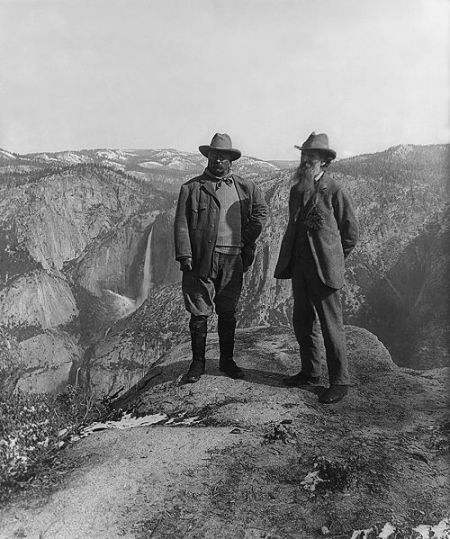 TR and John Muir at Yosemite

Roosevelt was born October 27, 1858. This year marks the 150th anniversary of his birth. The 26th President of the United States is remembered for elevating the power of the presidency to new heights. Here are twelve interesting facts about his life and his presidency:

This entry was posted on Wednesday, November 12th, 2008 at 7:27 am and is filed under history, presidency, presidents, united states, usa. You can follow any responses to this entry through the RSS 2.0 feed. You can leave a response, or trackback from your own site.

4 Responses to Theodore Roosevelt: 150th Anniversary of His Birth