The Fallen: Remembrance Day is Personal 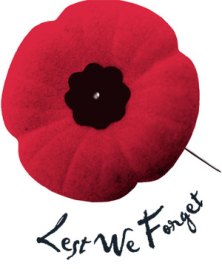 With November 11th, Remembrance Day in Canada, and Veterans Day in the U.S. approaching, I reflect on how war has affected me. Although I was born after World War II and have not myself served in the military, I have been personally impacted.

My father and two of his brothers served during World War II in the Royal Canadian Air Force (RCAF). One of them, his youngest brother Ken, was killed in the service of his country. My mother also served in the RCAF.

Growing up my Dad always told us stories of his brother Ken. The stories were fascinating to me as a young boy. Ken was killed in a flying accident while training to be a pilot. We were shown pictures of him. He was a handsome young man who stood 6’6″ tall and who was a very talented artist. Dad had some of Ken’s drawings that were done while in the air force. In high school he was the editor of the school newspaper and apparently very popular. After his death the new school cafeteria was named after him.

My uncle Ken was only 20 years of age when he was solemnly buried in the cemetery near his home in New Brunswick in 1944. My grandparents never fully got over the devastating loss of their “baby boy”.

Another way I was impacted was the meeting of my father and mother. They were both in the air force serving in Ottawa when they met at a party New Years Eve 1943. Both had other dates for the evening, but Dad was smitten. He pursued her and eventually they were married in September 1944. The rules at the time forbade officers (my Dad was a Flight-Lieutenant) from fraternizing with enlisted personnel, so Mom had to resign from the RCAF. After she resigned she ended up doing the same job for them, but as a civilian. Talk about ridiculous. So it is quite likely that without the war my parents would never have met. She was from Toronto, Ontario and he was from Fredericton, New Brunswick.

After the marriage Dad shipped out to a posting in London, England for the next two years. When he returned they were able to start a family and I became part of the post-war “baby boom” generation. Mom and Dad remained married until he died in July 2004. They would have celebrated 60 years of marriage in September 2004.

The point is that war affects not only the participants, but it has a trickle-down effect for generations to come.

This time of year I always wonder what the uncle I never knew would have been like and what he would have accomplished in his life had he lived. It is odd, but there is an empty spot in my heart for not having known him. I also proudly remember the service that my Mom and Dad and countless others gave and continue to give to Canada to make things better. Below is my personal favorite Remembrance Day tribute to those who paid the ultimate price in the service of their country. Whenever I read this it never fails to bring tears to my eyes. It should be remembered that when you see the now aged veterans marching on November 11th, that many years ago they gave their youth for us. The vast majority of the war dead were very young indeed, in their teens or early twenties. That is why this verse is so poignant.

They shall grow not old, as we that are left grow old:
Age shall not weary them, nor the years condemn.
At the going down of the sun and in the morning,
We will remember them.
(from “For The Fallen” by Laurence Binyon, 1914)

This entry was posted on Wednesday, November 7th, 2007 at 11:46 am and is filed under canada, history, military, new brunswick, remembrance day, second world war, ww ii. You can follow any responses to this entry through the RSS 2.0 feed. You can leave a response, or trackback from your own site.

2 Responses to The Fallen: Remembrance Day is Personal