Titan: Not on my list of places to visit 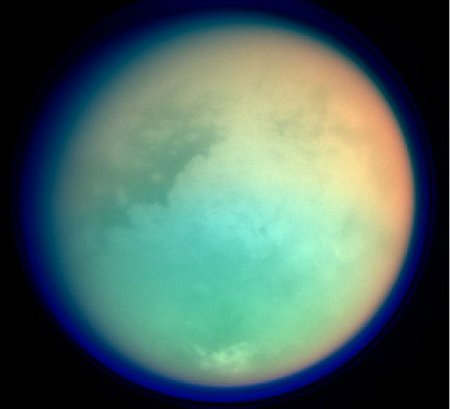 Above: NASA photo of Titan

Titan the largest moon of Saturn was one of the places I wanted to visit before I died.  Yesterday after reading an article on CNN and MSNBC about the local climate I am definitely erasing it from my list.

It is the only moon known to have a dense atmosphere, and the only object other than Earth for which clear evidence of stable bodies of surface liquid has been found. Titan was the first known moon of Saturn, discovered in 1655 by the Dutch astronomer Christiaan Huygens.

The Cassini–Huygens spacecraft reached Saturn on July 1, 2004. Since then it has been mapping the moon. A landing probe was released and descended to the surface. Scientists thought that the surface consisted of liquid methane, but guess what the probe landed in a sea of solid mud. 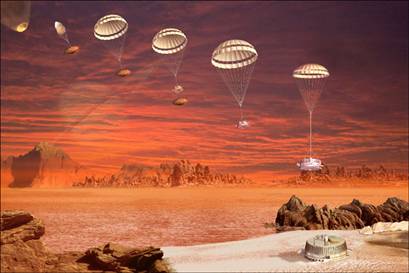 Above: Artist’s conception of the landing (NASA photo)

Most days on Titan begin with a cool temperature of nearly 300 degrees below zero. Next comes a steady drizzle of methane. On earth this is an explosive gas, but on Titan is chilled into a liquid. Scientists believe that Titan has weather patterns similar to Earth.

We thought the weather was bad here. By the way when it warms up later in the day, the methane drizzle likely turns into ground mist. I think I will head for more moderate climes when I travel. Titan may be interesting to scientists, but this tourist will take a pass.

This entry was posted on Friday, October 12th, 2007 at 9:36 am and is filed under History & Science, saturn, space, titan, travel. You can follow any responses to this entry through the RSS 2.0 feed. You can leave a response, or trackback from your own site.